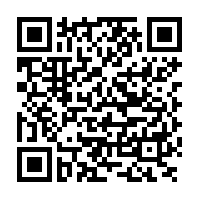 Kop is a card game for four players, which is popular in the regions of Greater Poland and Kashubia (where it is called Baska). If you feel like playing kop, but you're not able to meet your friends and play at a table, now you can play for fun against your phone or just practice the game in free time. Your opponents in the application use a quite complex decision-making algorithm, which gives the feeling of playing live: the AI players don't cheat, don't peek into your cards, and can even bluff from time to time. The game allows you to choose the variant with two or four stranger cards (via the options screen) and contains a short rulebook. 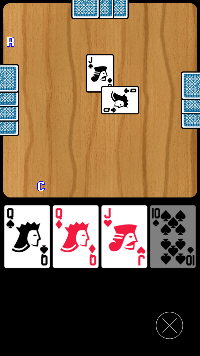 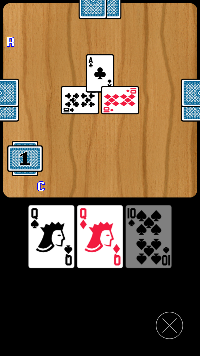 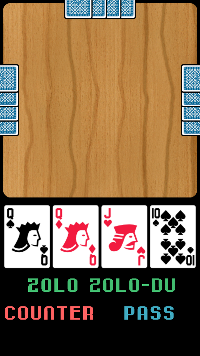 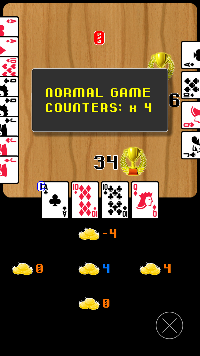 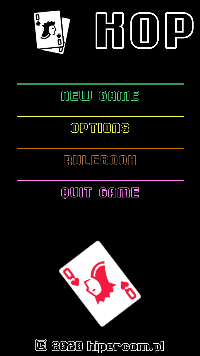 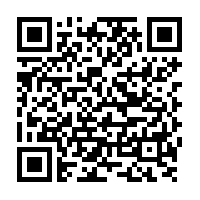 Paper Soccer is a soccer game which can be played with a pencil and a piece of paper. Now you can also play it on your phone or tablet, both against a firend or against your device's CPU. Three different field sizes and three difficulty levels to choose from. 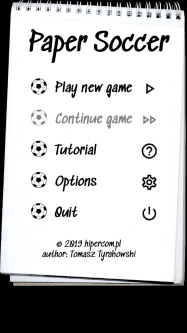 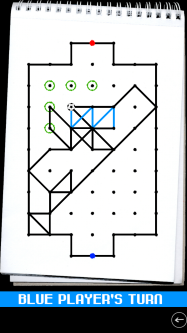 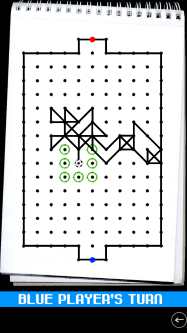 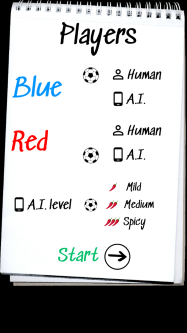 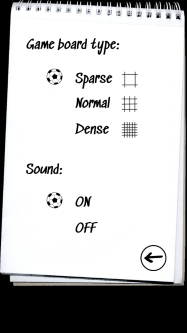 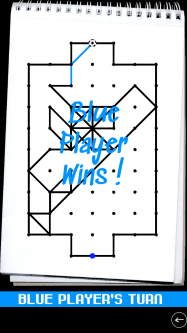 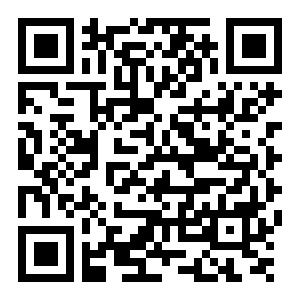 CrowdChant is a little app made solely for fun. It allows you to record anything (e.g. your favorite saying or sentence), and then listen to it being chanted by a crowd of voices. 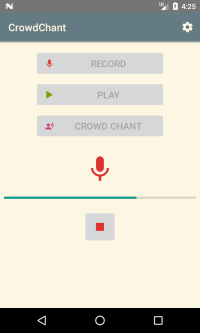 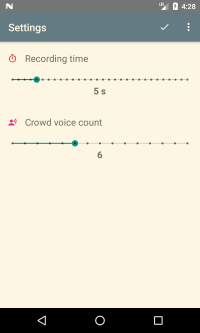 Due to lack of resources, the OS X applications listed below are no longer under active development. However, user reports indicate they are still usable and installable, therefore appropriate installation packages are still available.

Their source code is released under the MIT license, so you are free to grab the sources and continue development.

The binaries have been released under MIT-like license (not literally MIT, but quite permissive). They are all free to download and use, both commercially and non-commercially.

The applications have been written in pure Objective-C (no scripting, only native binaries) and use the Apple's Cocoa framework. You need the Xcode environment to build them from sources. The binaries are in the universal format, i.e. they should work on both Intel and PowerPC Macs (at the time they were written there were still some PowerPC Macs around). The minimum OS X version is 10.4 (Tiger), except for EPPE, which, apart from the universal binary, has a PowerPC-only variant for OS X 10.3 (Panther).

A viewer / editor of the settings dabase in Mac OS X. The database (also called the application defaults database) stores configuration information of most of the applications and of the operating system itself.

DefEcs allows you to browse the defaults database in a convenient way, add / remove / edit keys, backup / restore domains or the whole database. 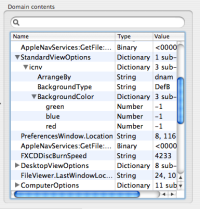 A simple English-Polish and Polish-English dictionary. The dictionary database consists of about 19000 English and 12500 Polish definitions.

The dictionary is editable (you can add new words and / or edit existing definitions). 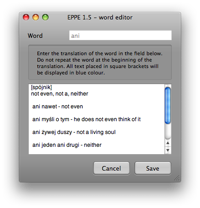 SynXer is a folder synchronization utility. In short, it compares the contents of two folder trees and performs some actions (like copying, removing etc.), depending on the differences between the folders. It may be used to merge different parts of the project into a single folder structure, to make incremental backups or just to move the data between different machines using a removable media. 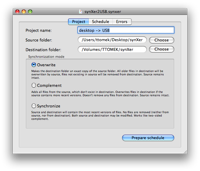 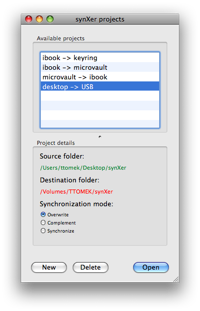 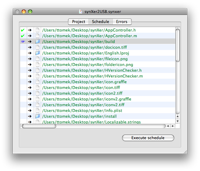 A simple news prompter (a scrolling news banner) feeded by the TVN24 Polish news broadcaster. Due to the change in the station's news feeding system, the application no longer works as intended.

Installation of this app doesn't make sense any longer, unless for fun or if you'd like to review the source code for educational purposes. 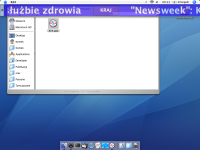 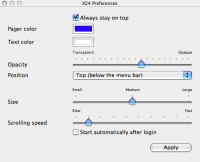